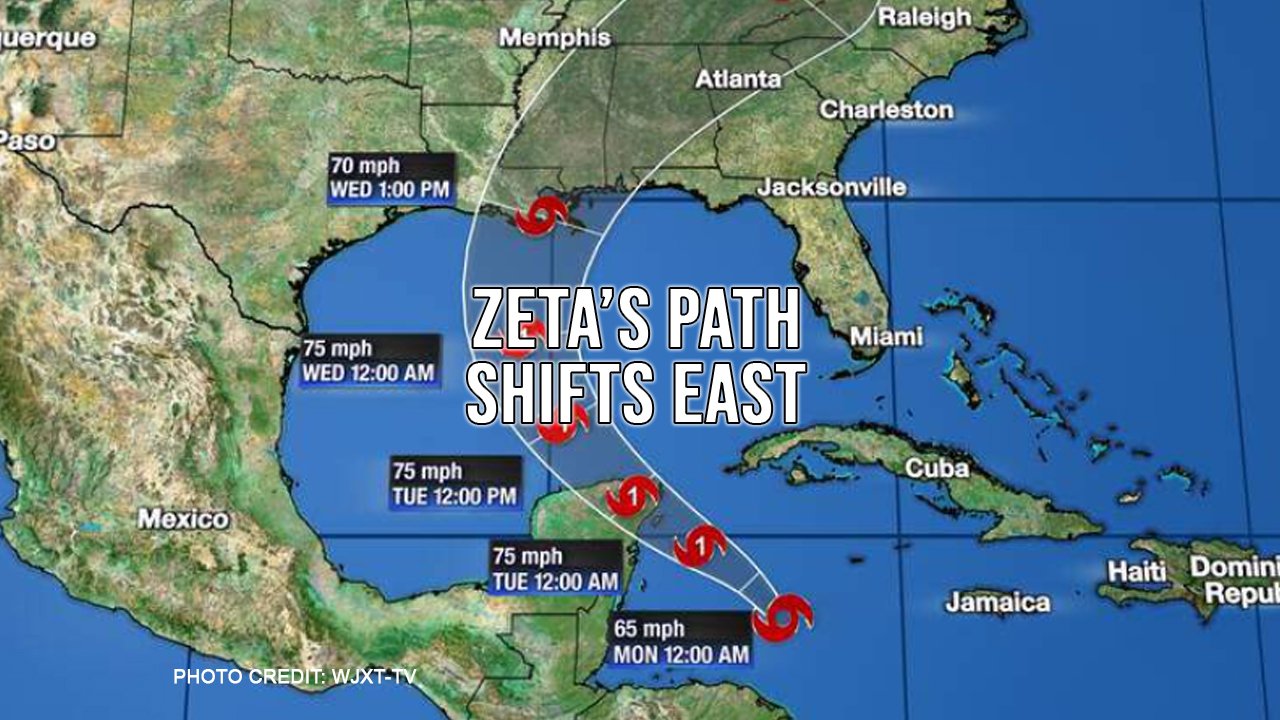 The 27th named storm of the 2020 Atlantic Hurricane season is trying hard to become the 5th named storm to make landfall in Louisiana this year.

Heavy rainfall and storm surge flooding will still be a threat along much of the central and eastern Gulf Coast. Near where Zeta makes landfall strong wind gusts will threaten to bring down trees and power lines. Isolated tornadoes will also be a threat in the Southeast during the second half of the week.

Even though Zeta is expected to lose enough wind intensity to go back to being a tropical storm before landfall, forecasters warn that residents along the central and eastern Gulf Coast should not let their guard down.

"While the current NHC forecast indicates that the system should weaken below hurricane strength before landfall, users are reminded that strong tropical storms can still produce significant storm surge, rainfall, and wind impacts along the northern Gulf Coast" the National Hurricane Center said Sunday.