The National Hurricane Center has continued to up the development chances on Invest 95L, and it is very likely we will have our next tropical depression by the end of the day today. 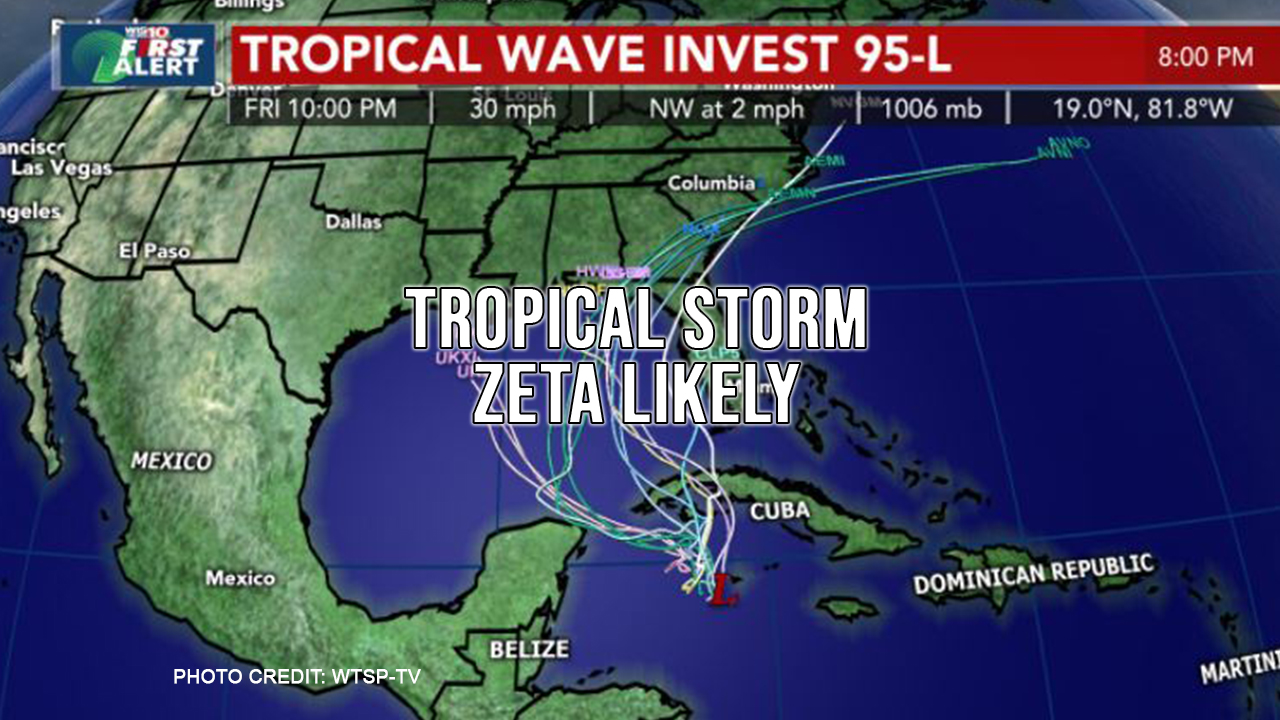 What is expected to become the 27th named storm of the season is now just a tropical disturbance near western Cuba named Tropical Wave Invest 95-L. This morning there was an 80% chance it will develop the wind speeds necessary to be considered a Tropical Storm over the next two days but the National Hurricane Center has continued to up the development chances on Invest 95L, and it is very likely we will have our next tropical depression by the end of the day today.  At that time, the storm will gain the moniker “Zeta”. There are no current predictions for Zeta to gather the wind speeds necessary to become a hurricane, but panhandle residents and visitors should keep an eye on its development.

Most computer models show that the influence of the next cold front moving into the Gulf by Tuesday will push the storm toward the north and east. Some models do predict landfall in Northeastern Gulf of Mexico if Zeta does form. Low wind shear currently provides good conditions for further development. Ninety degree water temperatures at the center of the system are also super conducive for further intensifying the system.

The system could move near western Cuba on Monday and move slowly across the southeastern Gulf of Mexico by Tuesday.  People in western Cuba, the Florida Keys, and the Yucatan Peninsula are expected to be impacted by heavy winds rain.  A NOAA Hurricane Hunter reconnaissance aircraft is scheduled to investigate the disturbance this afternoon. Regardless of development, locally heavy rainfall will be possible over portions of the Cayman Islands, Jamaica, and Cuba through early next week.