A tropical storm warning is in place that includes most of Alabama, the western panhandle of Florida and north Georgia including Atlanta. A few tornadoes are possible Wednesday and Wednesday night. 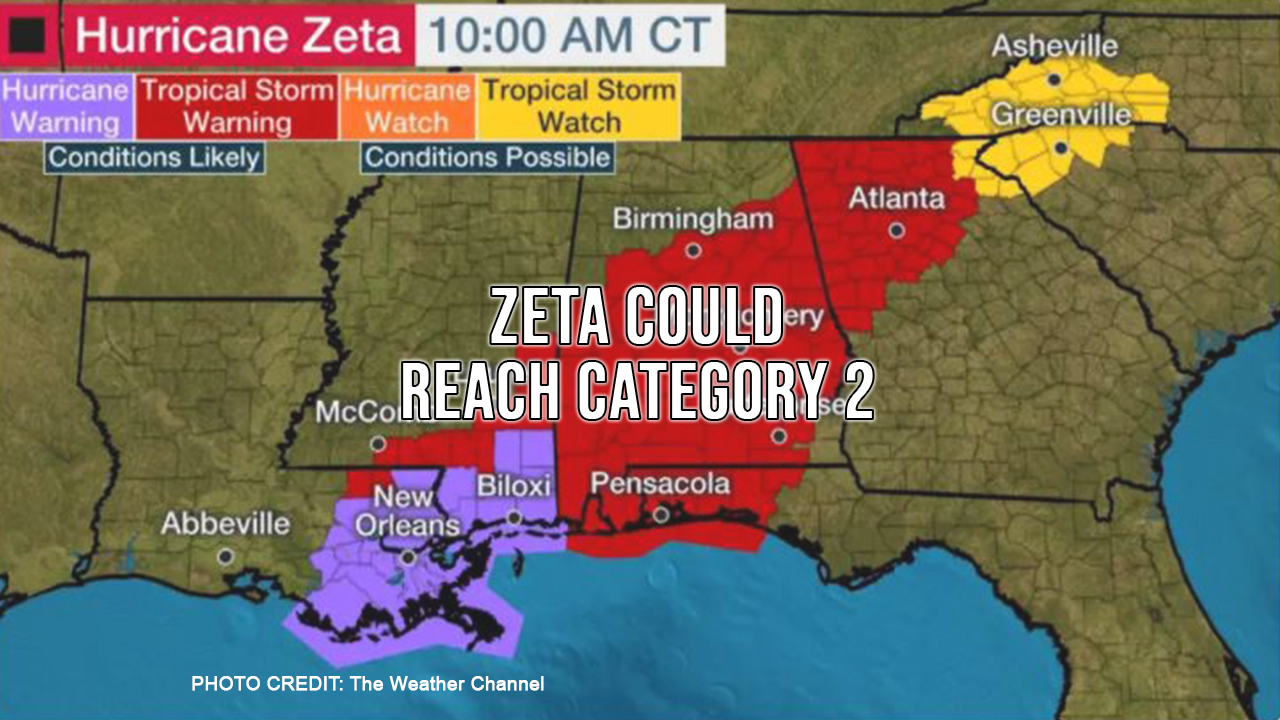 Zeta has regained strength and could possibly be a Category 2 hurricane when it makes landfall from southeast Louisiana into southern Mississippi late this afternoon or early evening. Alabama and the western tip of the Florida panhandle could see Tropical Storm force winds.

A tropical storm warning is in place that includes most of Alabama, the western panhandle of Florida and north Georgia including Atlanta.

The highest storm surge right now is forecast from the southeast Louisana coast to Dauphin Island, Alabama. Depending on the location, inundation in these areas could be 5 to 9 feet above ground level at the coast.

A few tornadoes are possible Wednesday and Wednesday night from southeast Louisiana into southern Mississippi, southern Alabama and the western Florida Panhandle.

The fast-moving storm will join another weather system after landfall and eventually create widespread rainfall that will impact the entire eastern United States.

The next named storm Eta will break the record for most tropical cyclones in recorded history during the offical hurricane season. Hurricane season ends November 30th.

According to the National Hurricane Center, in 2005 there were 28 TOTAL storms in the Atlantic. The 28th was counted as a named storm after the official hurricane season ended. To officially go down in the record books as the most active hurricane season in history, the Atlantic would need to reach named storms by the end of the year.